Do coral reefs have a future?

Professor Terry Hughes, one of the world’s leading coral reef biologists, will talk about the latest science, the condition of coral reefs and about the challenges facing Western Australia and the world. 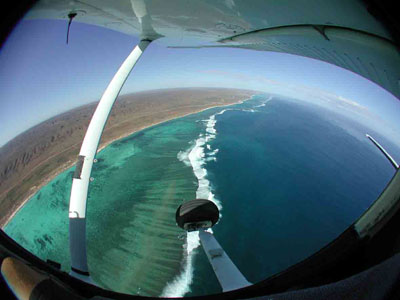 Coral reefs are critically important elements in marine ecosystems, as well as for fisheries and tourism, and for the income they provide to maritime tropical and subtropical nations. Yet the diversity, frequency and scale of human impacts on coral reefs are increasing to the extent that reefs are threatened globally: an estimated 30% of coral reefs are already severely damaged, and close to 60% may be lost by 2030. Hughes and colleagues have investigated the interaction between over-fishing and the ability of coral reefs to absorb impacts due to coral bleaching, an increasingly prevalent impact of climate change.

Prof. Terry Hughes, FAA - Scientific Director, Centre for Coral Reef Biodiversity,
School of Marine Biology, James Cook University, Townsville
Prof. Terry Hughes is Australia’s most prominent coral reef biologist, and a Fellow of the Australian Academy of Science. He was a co-signatory to the influential “Townsville Declaration” and his most recent paper, entitled "Confronting the coral reef crisis", was the cover article in the June 24th issue of Nature.